When and where did coat hangers originate? 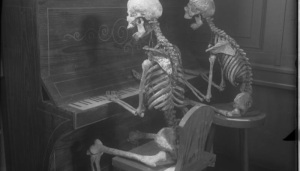 Coat hangers are such a simple invention, yet so useful.  It’s hard to imagine a life without them.  But it’s also difficult to imagine early Neanderthal man hanging up his loincloth in the cave – so they must have been invented at some point after clothes, right?

In the first century, approximately 430AD or so, a fine gentleman named Attila was ruler of the Hunnic Empire and was bent on invading and pillaging END_OF_DOCUMENT_TOKEN_TO_BE_REPLACED