5 Things You Never Knew About Snow

Those among you in the Great British isles this weekend will probably have some fairly strong opinions about snow. But although the BBC News site is saturated with articles about the effect on life, limb and liberty, there are certain things they won’t have covered. END_OF_DOCUMENT_TOKEN_TO_BE_REPLACED

Could machines really rise up and take control? If so, who would be the leader?

There seems to be a universal fascination with the idea of humanity becoming overrun by its own creations. But is it actually possible?

Let’s for a moment assume that the world does not end with antdroids, megalomaniac bears, self-destruction or cats and consider this.

END_OF_DOCUMENT_TOKEN_TO_BE_REPLACED

Who invented football? (Or soccer, if you’re not with the Empire.)

We British appear to have laid claim to football, taking it on as our national sport (even though we don’t appear to be very good.)  But was it actually invented by the British?

It was invented by the Pope. END_OF_DOCUMENT_TOKEN_TO_BE_REPLACED

What is the Illuminati, and when did they start?

There is a perennial curiousness about secretive orders and organisations, the Freemasons being the other major subject of scrutiny.  But who are they and where did they come from? END_OF_DOCUMENT_TOKEN_TO_BE_REPLACED

For those of you who don’t recognise this one, this little doodle of a man with a big nose peeking over a wall is a very famous doodle dating back to World War II. But we can’t say whether he was there without first starting with the question: Kilroy Who?

END_OF_DOCUMENT_TOKEN_TO_BE_REPLACED

Are vampires real? If so, is Harry Potter one? 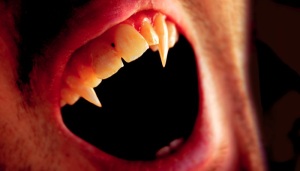 Vampires are a very fashionable business at the moment, aren’t they? Some are glittery and aloof, others are hardcore killing machines. Yet none of these bear any resemblance to real vampires. The proper, old-school kind. I’ve no doubt that they are real.

When and where did coat hangers originate?

Coat hangers are such a simple invention, yet so useful.  It’s hard to imagine a life without them.  But it’s also difficult to imagine early Neanderthal man hanging up his loincloth in the cave – so they must have been invented at some point after clothes, right?

In the first century, approximately 430AD or so, a fine gentleman named Attila was ruler of the Hunnic Empire and was bent on invading and pillaging END_OF_DOCUMENT_TOKEN_TO_BE_REPLACED